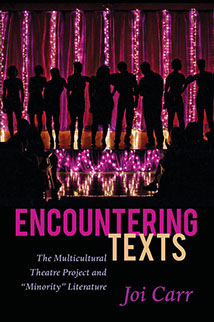 In 1991, Boyz N the Hood made history as an important film text and the impetus for a critical national conversation about American urban life in African American communities, especially for young urban black males. Boyz N the Hood: Shifting Hollywood Terrain is an interdisciplinary examination of this iconic film and its impact in cinematic history and American culture. This interdisciplinary approach provides an in-depth critical perspective of Boyz N the Hood as the embodiment of the blues: how Boyz intimates a world beyond the symbolic world Singleton posits, how its fictive stance pivots to a constituent truth in the real world. Boyz speaks from the first person perspective on the state of being “invisible.” Through a subjective narrative point of view, Singleton interrogates the veracity of this claim regarding invisibility and provides deep insight into this social reality. This book is as much about the filmmaker as it is about the film. It explores John Singleton’s cinematic voice and helps explicate his propensity for a type of folk element in his work (the oral tradition and lore). In addition, this text features critical perspectives from the filmmaker himself and other central figures attached to the production, including a first-hand account of production behind the scenes by Steve Nicolaides, Boyz’s producer. The text includes Singleton’s original screenplay and a range of critical articles and initial movie reviews.

At long last comes a book we have all been waiting for: Joi Carr’s masterful examination of John Singleton’s classic Boyz N the Hood…This book is an accomplished, enlightening piece of work, a great companion to Singleton’s film. Highly recommended!

This wise and pioneering book is the first serious and substantive treatment of John Singleton’s classic film! This film and book speak with great courage and insight into the plight and predicament of young black men. Don’t miss this book!”

Professor of the Practice of Public Philosophy,

Encountering Texts represents the theory and praxis uncovered through an ongoing interdisciplinary arts-based critical pedagogy that engages students in critical self-reflection (disciplined, sustained thinking, requiring engagement) on difference. The Multicultural Theatre Project (MTP) is a dia¬logical encounter with literature through the dramatic arts. This book provides a blueprint for the multiple ways in which this enacted theory/method can be utilized as a high impact practice toward transformative learning. This integrative work provides a promising pragmatic interdisciplinary approach to teaching and learning that creates bridges to liberatory knowledge, both cognitively and affectively.

An innovative, exciting, and energizing study that introduces new models of transdisciplinary and transformative learning through arts based pedagogy. Theater becomes an important site of encounter and discovery of new modes of consciousness as well as new strategies for the classroom.”

The theater is still the one place our society has to explore ‘what it means to be a human being.’ If Joi Carr can do this kind of work with young people in a university setting, imagine what she can do in the world of professional theater? Her direction conveys insight and sensitivity, not an easy accomplishment when working with non-actors, or inexperienced actors.”